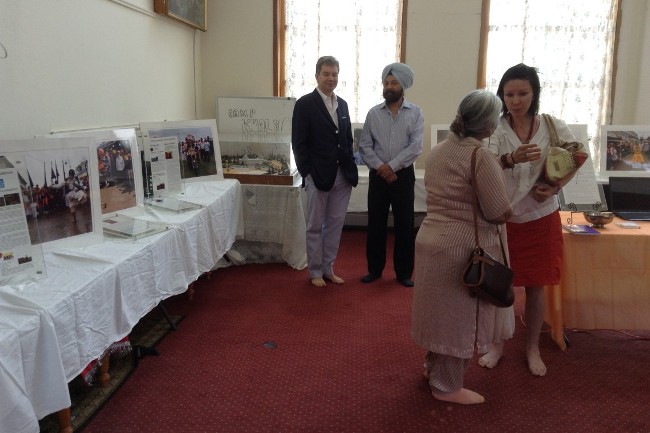 As one of its initiatives the Anandpur Sahib Heritage Foundation organised an exhibition titled ‘Holla Mohalla – An Enduring Celebration -3’. It was held from 10th of August 2014 at the Glen Cove Gurdwara, Long Island, New York (USA). This art exhibition highlights the universal appeal of the Sikh tradition and was aimed at exposing the visitors to the holy city of Anandpur Sahib.