“Never doubt that a small group of thoughtful, committed people can change the world”. Our Board of Trustees has been proving the adage. 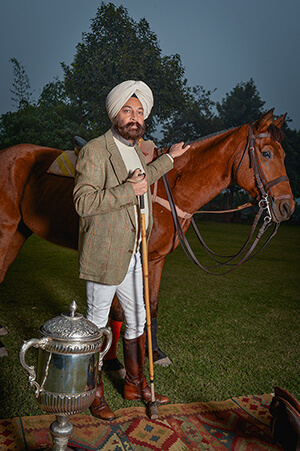 The Founder of the Anandpur Sahib Heritage Foundation, Sodhi Vikram Singh (60 years) was born in the holy city of Anandpur Sahib and spent his formative years growing up in the Kila-Haveli ‘Neelhi Sarkar’, ancestral home of the former ruling family of Anandpur Sahib. Sodhi Vikram Singh draws his descent from the fourth Guru of the Sikh’s, Sri Guru Ram Dass Ji, who was a Sodhi by birth. Thereafter all the gurus were Sodhis. In fact Sri Guru Gobind Singh Ji was also known as ‘Sodhi Sultan’. Sodhi Vikram Singh schooled at an English Boarding School in India and after graduation went overseas to start his business career in Europe. Returning to India in the early 80’s, he married Sumathy Sodhi and started his Indian business ventures in New Delhi India. Due to his upbringing in Anandpur Sahib where he was exposed to the martial traditions of horsemanship and hunting he developed a fondness for horses. Vikram followed his passion and went on to become an international polo player of repute. Having played at premier polo centre’s around the world, he decided to introduce the sport of polo to the annual Holla Mohalla celebrations in March 2014 in Anandpur Sahib by instituting the ‘Sodhi Kishan Singh Memorial Polo Cup’ to honour his grandfather. The late Sodhi Kishan Singh formed one of the first municipalities in British Punjab in the late 1890’s. He was the Architect who planned the city of Anandpur Sahib along modern lines with cobbled- paved roads, street lighting, modern drainage system, the main bazaar and mohallas divided along community lines for a harmonious society. This approach was far ahead of its times and laid the seeds for Anandpur Sahib to become a global city. Over the years Sodhi Vikram Singh has maintained his links with his ancestral home through his late father Sodhi Haravtar Singh who continued to reside in Anandpur Sahib in the family home till his passing. Due to his deep association with the holy town, Sodhi Vikram Singh has decided to devote his later years to pursue his vision to promote Anandpur Sahib as a global destination. Thus highlighting the heritage and tradition of Anandpur Sahib and the role it has played in shaping the history of the Sikh faith with ramifications around the world. It is with this background that the Anandpur Sahib Heritage Foundation has been founded and various initiatives are being pursued to achieve this noble goal. Sodhi Vikram Singh invites Sikh scholars, academicians, global Sikh organizations, and members of the community to join hands in achieving this mission. 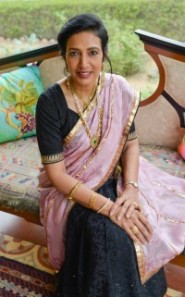 Sumathy Sodhi, hailing from a Kerala Nair family and married to Vikram Singh Sodhi of Anandpur Sahib, has been one of India’s leading interior designers, Art collector and Patron since the early 1980’s . Her famous “Bagecha Interior Consultants” Showroom, was a trend setting cutting edge lifestyle store, when Delhi could not boast of many. Sumathy Sodhi’s childhood spent travelling the world with her parents, and returning to India in her late teens, largely influenced her cosmopolitan design aesthetics. Her greatest asset is being able to mix the design sensibilities of the East and West, and the traditional with the modern with great elan. Over the last 7 years, Sumathy in collaboration with “Gallery Dravidam “ Bangalore, has been instrumental in bringing some of the finest South Indian Artists to the North and providing them with a platform. Her exhibitions in Delhi, at “The Visual Arts Gallery” ,India Habitat Center, are long awaited, highly successful and widely covered by the media. Her long time passion for innovation, blending the old with the new and encouraging traditional artists to work in contemporary lines has largely inspired her to help in the development and revival of the art and culture of Punjab. As trustee of the Anandpur Sahib Heritage Foundation, Sumathy Sodhi hopes to encourage and spearhead numerous cultural and artistic initiatives , ie : music festivals, literary festivals, and also create opportunities to showcase traditional handicrafts & skills.