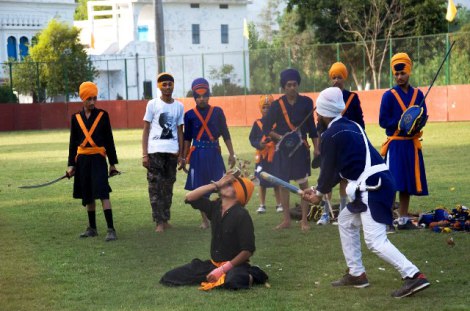 It was the baisakhi weekend when the quiet town lit up again with some traditional flavours. Anandpur Sahib buzzed once again.

Anandpur Sahib buzzed once again. The occasion: the first ever Khalsa Games with bouts of kabadi, gatka, martial arts and arena polo. To commemorate 350 years (1665-2015) of the founding and conversion of the hamlet of Makhowal to Chak Nanaki, and finally to the holy city of Anandpur Sahib by the 9th Sikh Guru Shri Guru Teg Bahadur Sahib Ji, the Anandpur Sahib Heritage Foundation (founded by Sodhi Vikram Singh of Anandpur Sahib) held the first ‘Khalsa Games’.

The Games began with a vibrant display of the traditional martial arts and Gatka by students. A cultural show featuring Punjabi Folk Singer Bagel Bawa and students of various schools enthralled after the hectic morning pace.

The next day was a bout of Kabadi, featuring women and men’s kabadi team followed. And all relaxed to martial songs praising the birth of the Khalsa after the matches were over. 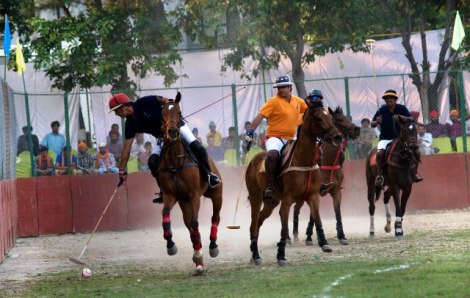 “The aim is to make this an annual sporting and cultural festival to be celebrated with its culmination on Baisakhi. This will strengthen the sporting traditions of Punjab and help the youth align with the culture once again. Hopefully, it will also move towards a ‘drug free Punjab’ and encourage the youth of the Punjab to reestablish Punjab as the premier sporting state in the union of India,” says Sodhi Vikram Singh. “It was on Baisakhi of 1699, that Guru Gobind Singh Ji had declared the formation of the Khalsa Panth (the pure), an army of soldier saints to combat tyranny and oppression.”